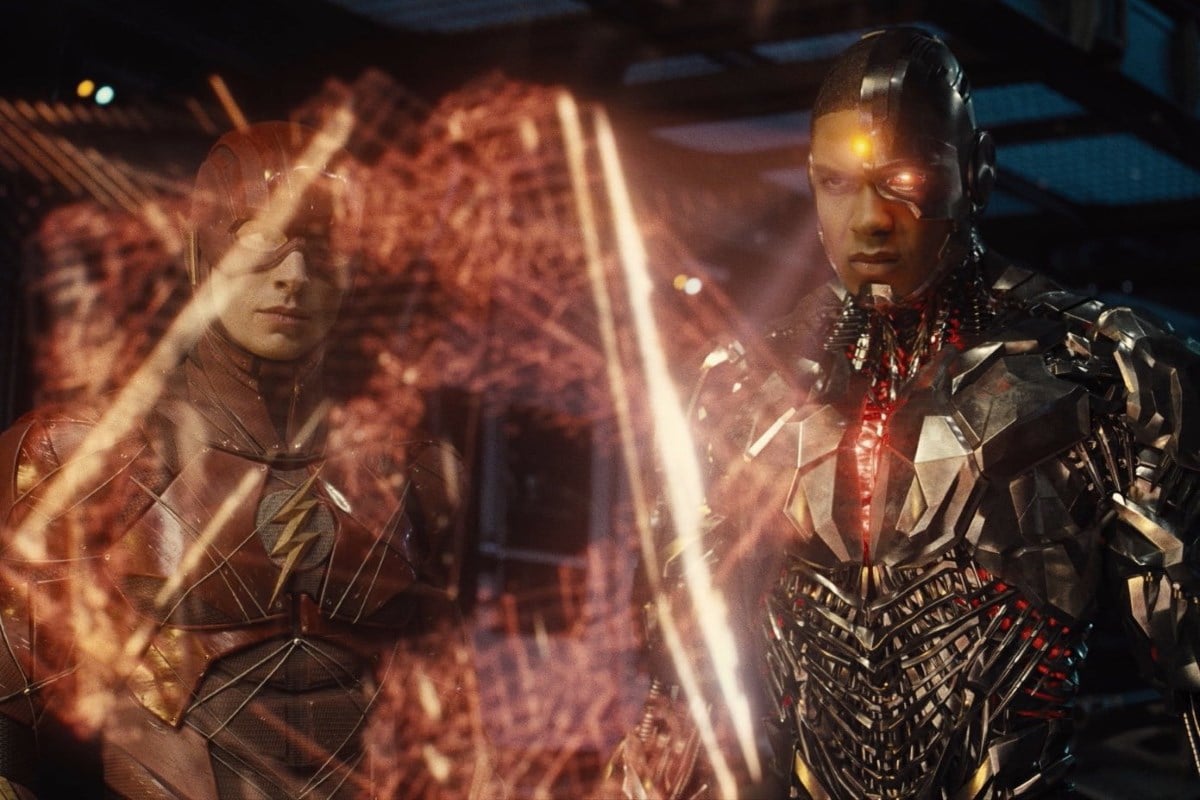 Zack Snyder’s Justice League is getting a new trailer breakdown on Tuesday at 10:30pm IST (9am PST), the director has revealed, on the three-year anniversary of its theatrical release. This will be in black-and-white entirely, according to Snyder, and hence it’s unclear if this is a new trailer or whether Snyder will merely offer his thoughts on the first trailer. Snyder has also talked about how Jared Leto came on board to reprise his role of the Joker, and how his four-hour director’s cut of Justice League is made up of six chapters.

Lastly, Zack Snyder’s Justice League star Ray Fisher has shared a new photo (above) on Twitter, featuring Ezra Miller’s Flash and his Cyborg, as he uses his “third eye” to project a hologram that consists of Mother Boxes. Mother Boxes are extremely powerful objects that have been used to revive Superman, create Cyborg, and can even terraform Earth.

Snyder’s comments don’t clarify if he’s going to discuss a black-and-white version of the first trailer, or if this is a second trailer. But one thing is for sure: the trailer breakdown will be exclusive to Vero.

It’s also unclear if Leto’s Joker will be part of the new Justice League trailer, but here’s how that casting addition came about. Snyder said: “I had this idea for a scene. I had a version of this scene that I had written maybe three years ago. Slightly different, but very similar. But then, for whatever reason, for a multitude of reasons, I didn’t do it.

“Then I was talking to [my wife and producing partner] Debbie, and I was like, ‘I have this […] do you think it would possible? Am I crazy? Should I just cold call him?’ So I called him […] it was a cool conversation. When I pitched him the idea, I feel like he hooked onto the ‘why’ of it, because there’s a big ‘why.’ And literally, he said to me, ‘We’ll talk more.’ I kept calling him, we talked over a while, and he agreed to do it. It was a great experience working with him.”

Snyder has previously revealed that his director’s cut of Justice League would be available as a four-hour movie and a four-episode miniseries. But structurally, the film is divided into even more parts: “The thing about the movie that I think is interesting is the way I constructed the cut was, it’s six chapters, right? It was always this chaptered concept, where the first section says ‘Part 1′ and you have this little section, ‘Part 2′ and you have another section […] and then an epilogue.”

Zack Snyder’s Justice League will release in 2021 on HBO Max. No global release plans have been announced, but Snyder said at DC FanDome they are working to make sure that international fans are cared for as well. However, it is yet unclear what that actually means. WarnerMedia has previously said it plans to continue working with existing partners in countries where HBO Max has no launch plans. In India, WarnerMedia has ties with Netflix, Amazon, and Disney+ Hotstar.