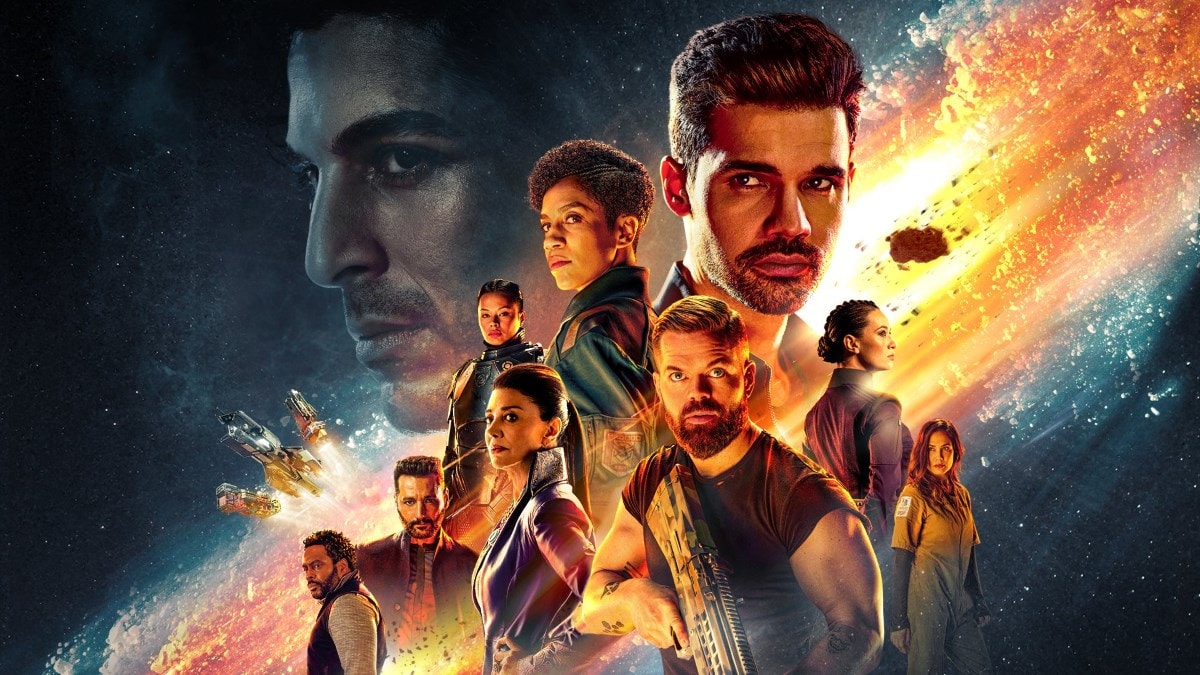 The Expand will end its run with a sixth and final season on Amazon Prime Video. Amazon Studios has renewed The Expanse — the sci-fi series based on James S.A. Corey’s novel series of the same name — for season 6, three weeks before The Expanse season 5 releases on Prime Video globally. But The Expanse season 6 won’t feature cast member Cas Anvar — he plays the Martian pilot Alex Kamal — after an investigation into several sexual misconduct allegations levelled against him earlier this year. Everyone else, including The Expanse showrunner Naren Shankar, is on board for the final season.

“From the moment we committed to bringing this show to life up until this final season, we have worked tirelessly to honour the vision of the writers,” The Expanse executive producers and Alcon Television Group co-CEOs and co-founders Andrew Kosove and Broderick Johnson said in a prepared statement. “We have prided ourselves on having one of the most diverse casts on television and giving a platform to stories that matter.

“A special thanks to Daniel Abraham and Ty Franck [they use the combined pen name James S.A. Corey], the writers of both the books and series, and to Naren Shankar, the series showrunner and executive producer. It continues to be an honour and privilege to work with this team. We also would like to thank Amazon for their continuing support to help us tell this story in its fullest and to bring The Expanse to a global audience.”

Shankar added, “The dedication and artistry of everyone who helps bring The Expanse to the screen is incredible. Our fans are awesome, and we cannot wait to get rolling on season 6.”

Amazon Studios’ television co-head Vernon Sanders said: “We’d like to thank Naren, Andrew, Broderick, everyone at Alcon and the entire cast and crew of The Expanse for the hard work and love they have put into the series over these past seasons. We’re very happy we can give the incredibly loyal and passionate fans of The Expanse the satisfying conclusion to the series that they deserve. We know they’ll love how seasons five and six unfold.”

It’s interesting that everyone involved is speaking of The Expanse season 6 as a “conclusion,” considering the series has been largely adapting one book per season. There are nine books in The Expanse book series, with the final one set to be published in 2021. It’s unclear how The Expanse season 6 plans to tackle the remaining material, though the book writers have been teasing the future on Twitter, without giving any concrete details.

“You guys, a TV show that goes six seasons is a magical unicorn,” Corey wrote. “We’re talking the 1% of the 1% at that point. I’m thrilled we made it that far. And it doesn’t mean #TheExpanse stops existing. You never know what will happen next.”

Replying to a fan concern about this being a “second cancellation” — The Expanse was cancelled after season 3 by original broadcaster Syfy, before it was picked up by Amazon — Corey said: “I feel you, but there are a s–t ton of assumptions about the IP rolled up into this tweet. I’d say wait and see.”

The Expanse season 5 premieres December 16 on Amazon Prime Video with the first three episodes, followed by one new episode weekly until February 3, 2021. Amazon is taking the same approach it did with The Boys season 2 earlier this year.

Production on The Expanse season 6 is expected to begin January 20, 2021, Deadline reports, though COVID-19 could change that.