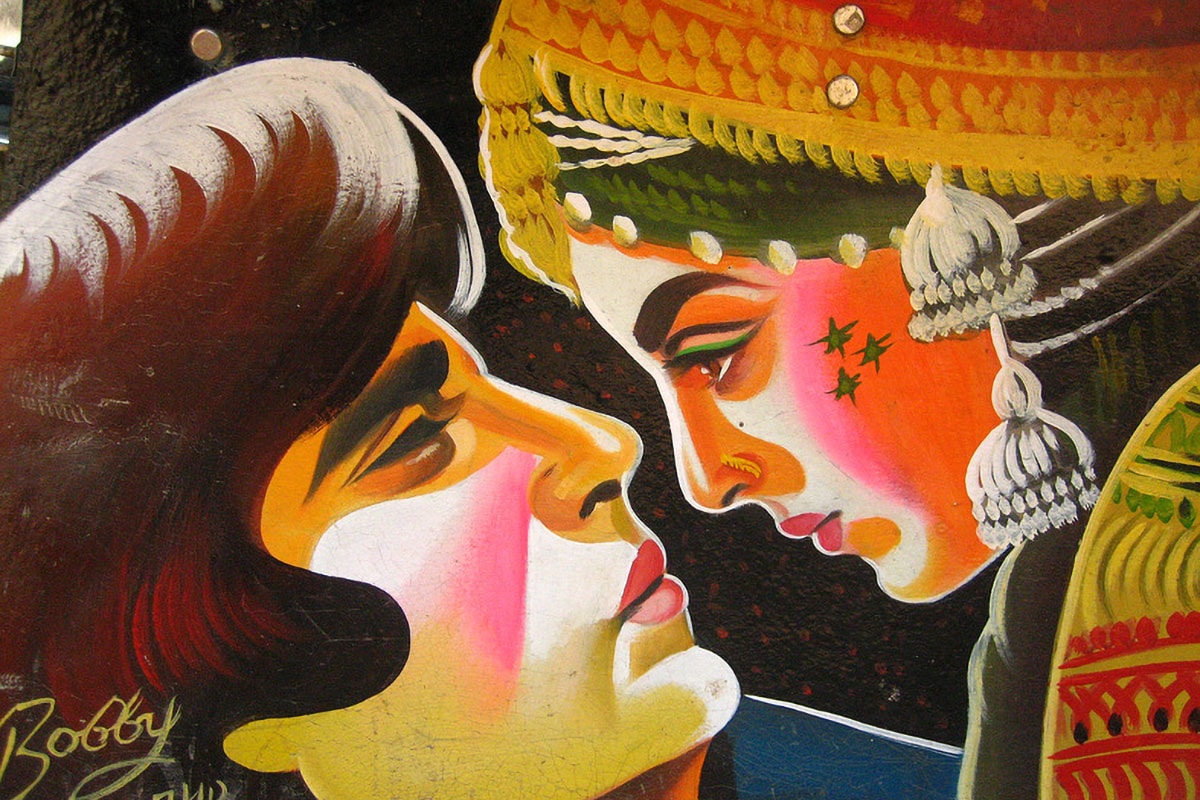 Last February, Salil Jamdar’s phone pinged with an unexpected email from YouTube. The Indian record label giant T-Series — which accounts for over a third of the music market — had issued a copyright claim against one of Jamdar’s videos. The video in question was a diss track that took aim at the then-competition between Swedish creator Felix “PewDiePie” Kjellberg and T-Series to have the most-subscribed channel on YouTube.

For Jamdar, a Mumbai-based independent YouTube creator who has a history of creating Bollywood parodies, this wasn’t new. What was new was the fact that his diss track video didn’t have any copyrighted material.

“It was really funny, the reason just said “PEWDIPIE”, the spelling was also wrong,” Jamdar told Gadgets 360. “It was a clear indication of the power that [T-Series] have. They must have just said, ‘We want to raise this, just take it down,’ They didn’t even bother to put a reason. It didn’t make any sense.”

After Jamdar protested live to his YouTube followers, his video was brought back. Then, T-Series filed another claim a couple of weeks later. The reason? “PIEWDIEPIE DERAGATORY COMMENT”, with two misspellings. Jamdar complained again, and the video returned, again.

According to YouTube, a Content ID claim was made by T-Series on Jamdar’s video, but it didn’t result in a strike or a takedown. The Content ID claim meant that the video was blocked for his viewers, Jamdar reiterated. T-Series “manually” resolved the claims, per YouTube, post which Jamdar made the video private.

“I was like, ‘Are these guys playing with me or what? Are they doing it purposely, trying to toy with me?’ I was really confused,” Jamdar added. “So then I took it down myself only. I put up an old version — affixed below — where I had not taken [T-Series and PewDiePie’s] name explicitly.” But this was an extreme case. Typically, people like Jamdar simply lose money on ads.

That’s owing to India’s copyright act, which doesn’t classify parodies under fair use and gives the copyright holder the sole right to create them. India’s entertainment giants use this to their fullest advantage, which in turn has a distinctly negative impact on creativity and comedy both. And unless brands grow up, India is at a risk of creators moving away from YouTube — or worse, the parody business drying up.

Intellectual property lawyers Gadgets 360 spoke to said the law allows for criticism under fair use — why news organisations can publish film, TV, and music reviews — but parodies aren’t seen as “a bona fide opinion, feedback or assessment”.

“A spoof is a comically exaggerated imitation of a work created for the sole purpose of entertainment,” the Indian Music Industry (IMI), an association that represents record labels, said in a mailed statement to Gadgets 360. “It is generally created by the creator either with the intent of seeking popularity or commercial benefit, or both, by riding on the goodwill of the work or its original creator and thereby cannot be qualified as a review.”

But how do platforms such as YouTube manage the thousands of copyright claims they receive? Every piece of content — be it the video or audio — has a unique Content ID attached to it on YouTube, which allows it to track if it’s used by someone else later. When there’s a match, YouTube informs the original content creator.

Click Digital Studios co-founder Anand Doshi, the owner of Bollywood parody channels Shudh Desi Gaane, and Shudh Desi Endings, an Indian take on the long-running How It Should Have Ended series on YouTube, explains.

“You could pick your song, put it on a Content ID, and tell YouTube, ‘Whoever uploads the song can keep it on their channel, but the ads that come on it will be monetised by me’,” said Doshi. “That’s one option. The second option that the content ID provides is — if anyone uploads my song on their channel, I have the option to take that video down as well.”

When a channel makes a copyright claim on someone else’s video, YouTube analyses and verifies said claim before enforcing the channel’s decision: monetise or takedown. This is when a mail is sent to the infringing creator, as happened with Jamdar’s diss track. Sometimes, YouTube will conclude that the content being used falls under fair use, which is also mentioned in those mails. But Jamdar thinks there’s a “great inconsistency” in how this is handled.

“There is one video of mine which was protected by that,” Jamdar added. “I got an email from YouTube, which said there has been a claim, but the claim is not put on your video because we have analysed, and it comes under fair use. But there’s nothing different in that video. That is also a parody so then I wonder if this is fair use, then why are the others not fair use? And it makes a lot of difference, because over this period of two years, I have made a lot of videos. And, like, for 80 percent of them, the revenue is going somewhere else.”

Bollywood is no fun

It’s not just T-series, though. One of the best known cases involves Yash Raj Films and the former comedy collective All India Bakchod. In November 2013, the latter approached the former to parody the trailer of its Aamir Khan-led action thriller Dhoom 3. But YRF refused to grant permission. In response, AIB documented the very problems of making a parody in India, wondering why Bollywood won’t “lighten up”.

By not letting the comedians poke fun at one of their films, YRF became the butt of the joke itself.

For what it’s worth, YRF has collaborated on parodies — including Doshi’s Shudh Desi Gaane. Though it seems to depend on what their pitch is or which star is involved. Shah Rukh Khan is one of the few sporting ones, Jamdar said, having worked with him on the parody of the song “Gerua” from the rom-com Dilwale.

“[That] a lot of movie actors [like Khan, Ajay Devgn, Riteish Deshmukh, and Vivek Oberoi] have actually come out and acted in these spoofs […] is pretty promising,” added Doshi.

Unfortunately, the problems don’t stop there. As if it weren’t enough to takedown videos of independent creators and deny them their revenue, T-Series has also allegedly copied their work. Back in February, electronic music producer Ritviz Srivastava went to the theatre to watch the Kartik Aaryan-starrer rom-com remake Pati Patni Aur Woh. Little did he know that he would run into a remixed version of his own 2017 track “Udd Gaye”.

Srivastava took to Twitter to voice his displeasure, clarifying that “neither I or my appointed management had any role to play in this.” Though T-Series didn’t acknowledge the illegality of its move, it subsequently took down its version of “Udd Gaye” off all platforms.

T-Series did not respond to multiple requests for comment.

This is the bone of contention for Jamdar, in that a company that has no respect for Indian YouTube creators wants the support of Indians to grow on YouTube. During the competition versus PewDiePie, T-Series repeatedly fell back on patriotic fervour to fuel itself and increase its subscriber base, calling it “a matter of pride for all Indians” if T-Series were to beat the Swede.

T-Series chairman and managing director Bhushan Kumar, who initially claimed to be “not bothered about this race” changed tack in a few months and said in March 2019: “This is a historic movement for all of us, so let’s come together and subscribe to T-Series’ YouTube channel and make India proud.”

In between, driven by that and in reaction to PewDiePie’s diss track aimed at T-Series — which is blocked in India on a court order on grounds of defamation — came an onslaught of diss tracks from Indian YouTube creators, in support of T-Series.

“They all made diss tracks dissing PewDiePie, saying T-Series will win, where in their heart and minds, even they knew what goes on behind-the-scenes,” Jamdar told Gadgets 360. “It was just like, you know, fanning the fire, for your own advantage. Obviously, these guys know how they behave, but at that point, the public demand was ‘support T-Series’ so they all made these songs. It was very wrong.

“This was happening with me too. My followers were telling me, ‘Bro T-Series needs our help’, which is when I thought, ‘Okay no, they need to know the real scenario.’ And I knew that this would bring backlash, but people were blinded, connecting desh bhakti [patriotism] to T-Series.” 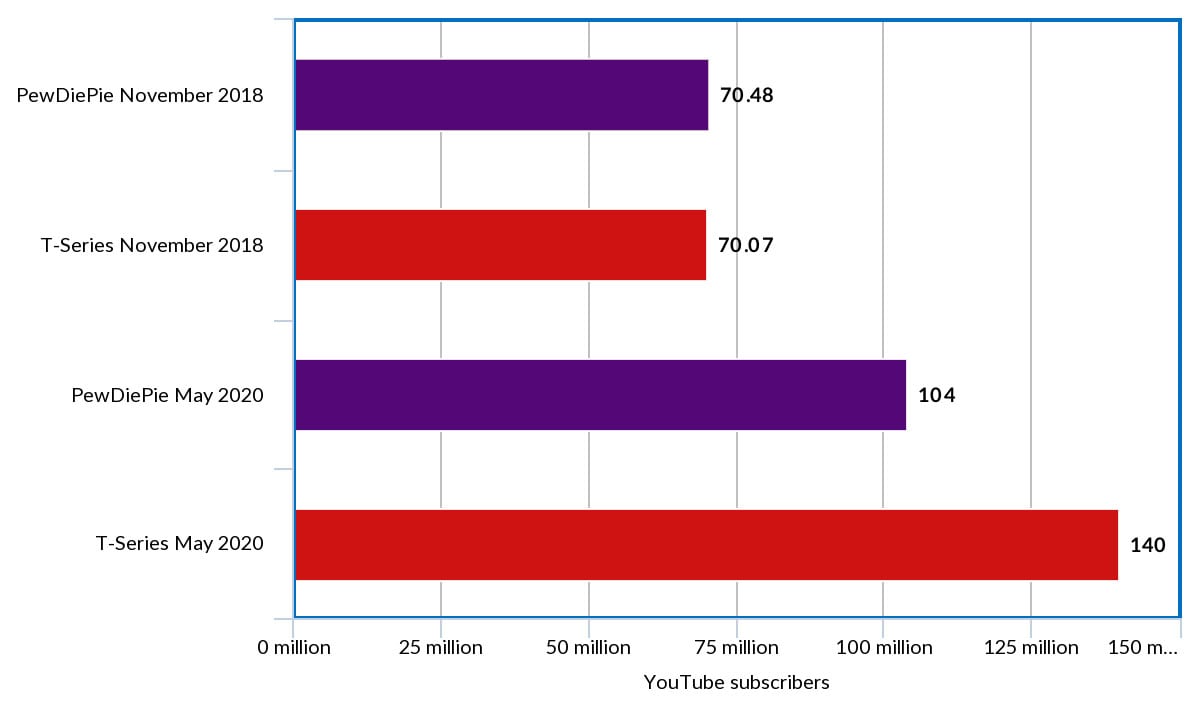 “I wanted to make a video saying, ‘Don’t waste your time supporting either [T-Series or PewDiePie]. They’re just taking advantage, and both are growing,’” Jamdar added. That’s how his aforementioned diss track came into fruition. “So I put that in the form of a rap. And I tried to bring all these things out, how these labels — especially T-Series — behave, the way they just take down videos of these very individual creators that you would like to see on top tomorrow.”

The IMI thinks labels are “very supportive” of independent creators in India, but that doesn’t mean creators have “a free ticket” to the labels’ copyrighted content. Independent producers see it very differently, naturally.

“We made a good 10 to 15 songs, but we couldn’t monetise any of them,” Doshi said. “Because they’re all flatly copywritten by the music producers. It was pretty useless because we didn’t see any opportunity to make any revenue in the long term.”

In the US, where fair use has more protection under copyright law, record labels are open to split revenue with creators, Jamdar noted. But there’s no consideration for that model here, sadly.

“Obviously you have to acknowledge that if it’s a parody, then you are using a tune,” Jamdar added. “But at the same time, you are also making something really different and original, so you can’t take that away. And I put a lot of effort and money in making a video. People have said that my parodies are more original than the original. But the irony is that all the money goes to the labels.”

The IMI disagreed. It said creators are trying to “unduly benefit” off someone else’s intellectual property. “It is protection of rights granted under the statute of the land. To sum it up, your right to swing your fist ends, where my nose begins,” the IMI added.

With nowhere to go, independent creators have no option but to move away from parodies altogether. Doshi’s Shudh Desi Gaane hasn’t published a parody in three years, with the focus largely on Shudh Desi Endings. And Jamdar — who was at Shudh Desi Gaane before starting his own channel — has also been moving towards originals for a while.

This doesn’t mean that creators have to entirely give up on parody, though. But they might need to move on from YouTube. Facebook — which has emerged as one of the biggest video competitors to the Google-owned platform — doesn’t have as aggressive a copyright claim system in place.

After one of Jamdar’s parodies was taken down by T-Series on YouTube, he said it went “really viral because they couldn’t do anything on Facebook.”

Cover image by Meena Kadri licensed under CC BY 2.0