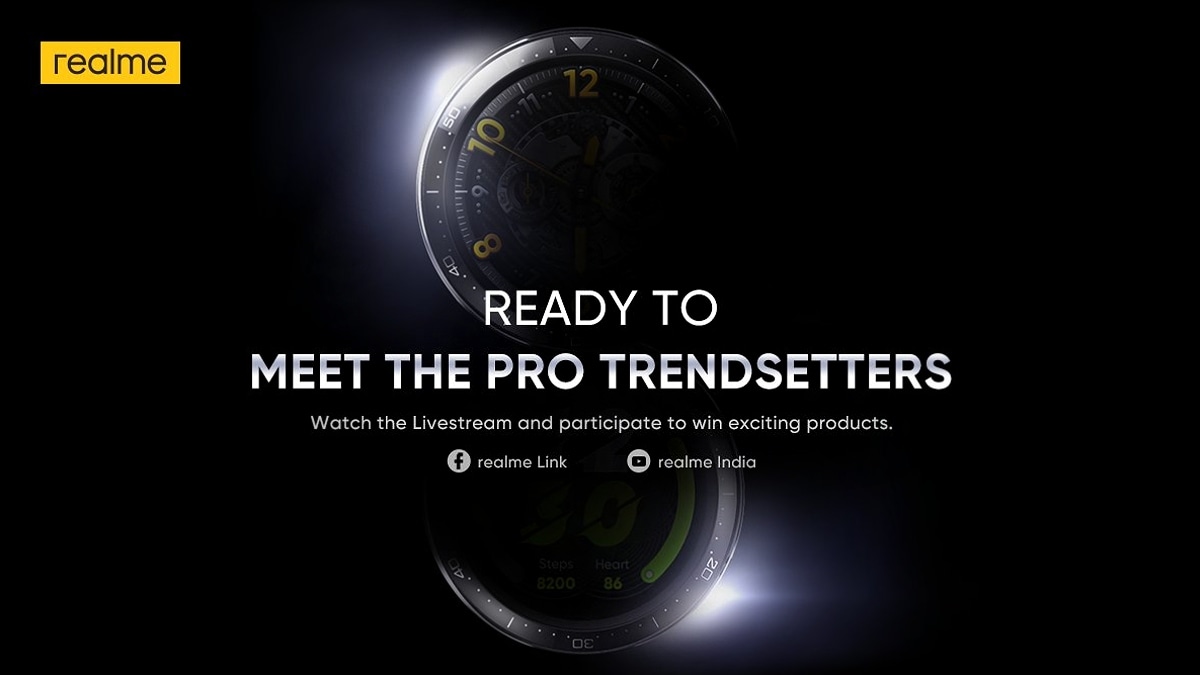 While an official date for the launch of the Realme Watch S Pro in India hasn’t been revealed yet, a teaser shared by the company confirms that a launch event is coming soon, which will also be livestreamed. The smartwatch hasn’t been launched in any other markets, either.

Realme Watch S Pro was announced by the company at IFA 2020 a few months back. It was said to be revealed “later this year”. At the time of announcement, it was confirmed that the Realme Watch S Pro will come with a round dial and an AMOLED display.

A US FCC listing had revealed in September that the smartwatch will feature a 1.39-inch touch AMOLED display and a 420mAh battery. The Realme Watch S Pro was listed to offer step tracking, distance tracking, calorie measurement, and dynamic heart rate monitoring. The listing also indicated that the wearable would have an automatic activity tracker as well as sleep monitoring.

The Realme Watch S features a 1.3-inch circular, auto-brightness display with 360×360 pixels resolution and up to 600 nits of peak brightness. The Watch S has 16 sports modes, a PPG sensor for real-time heart-rate monitoring and an SpO2 sensor for blood oxygen level monitoring.

Are Apple Watch SE, iPad 8th Gen the Perfect ‘Affordable’ Products for India? We discussed this on Orbital, our weekly technology podcast, which you can subscribe to via Apple Podcasts, Google Podcasts, or RSS, download the episode, or just hit the play button below.