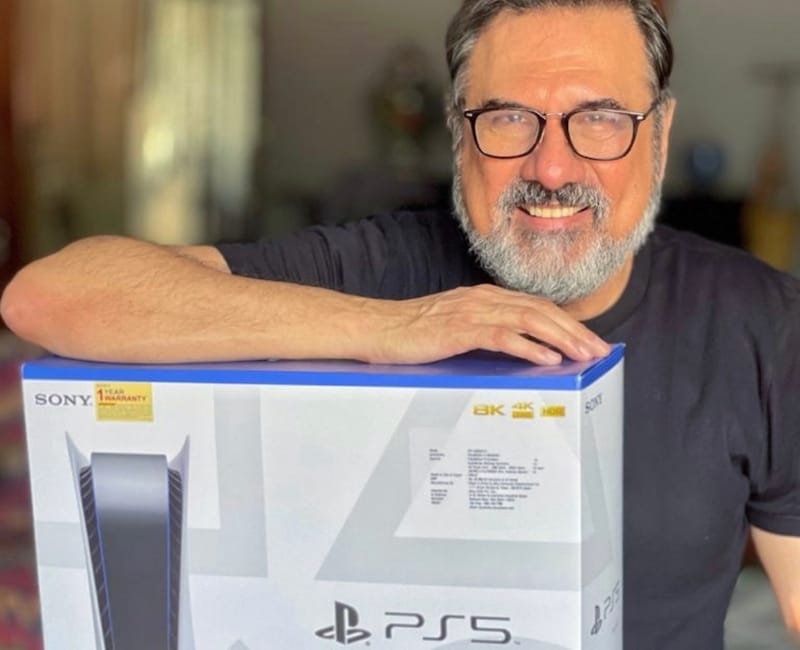 The Playstation 5 has actor Boman Irani quite excited. The film star shared a post on Instagram where he showed off his new PS5 — a console that has been very hard to get in India (and around the world too), posting that it was time to show the ‘youngsters’ in the house who is the boss. Irani sports a new look and has his hands placed over the PS5 box. The 61-year-old is one of the extremely lucky ones to have had the chance to get his hands over PS5, as stocks have been running out within minutes of going on sale.

The PS5 went up for pre-booking again on Thursday, May 27, and within the first minute, it was out of stock on multiple platforms, such as the Sony Centre online, Flipkart, Amazon, Croma and so on. This is not just a problem in India as gamers around the world are struggling to get their hands on Sony’s new console, but it’s definitely a lot harder to get a console here as the market is allocated fewer units overall.

The PlayStation 5 arrived in India in February 2021 following multiple bogus release dates, a belated price reveal, reported trademark troubles, and unofficial pre-orders. The PS5 restocks arrived on Thursday, May 27, and disappeared within minutes. While Amazon was the only platform to have displayed the PS5 stocks for a few minutes, Flipkart went from “coming soon” to “sold out” quickly, even before the clock struck noon. Things weren’t too different on other platforms, either. While Games The Shop went down 15 minutes prior to pre-orders even began and never really recovered until the stock ran out, Prepaid Gamer Card suffered multiple connections timed out errors. Croma, another platform game enthusiasts rely on, suffered outages right before the time they were supposed to be available. It did recover, though. It took merely a minute for Vijay Sales to go out of PS5 stock. And we didn’t even spot the buy button on Sony Center and Reliance Digital.

Sony Center and Flipkart say to expect deliveries starting June 7. By around 12:05 pm, Amazon gave an approximate delivery date between June 8-11. Meanwhile, Croma said it would deliver the product at the doorstep by June 11. Of course, your mileage might vary depending on local restrictions on non-essential items during the pandemic.

Let us know in the comments section if you, too, are waiting for the PS5 Digital Edition, which has only been offered once and the demand for which continues to be ignored by Sony India.