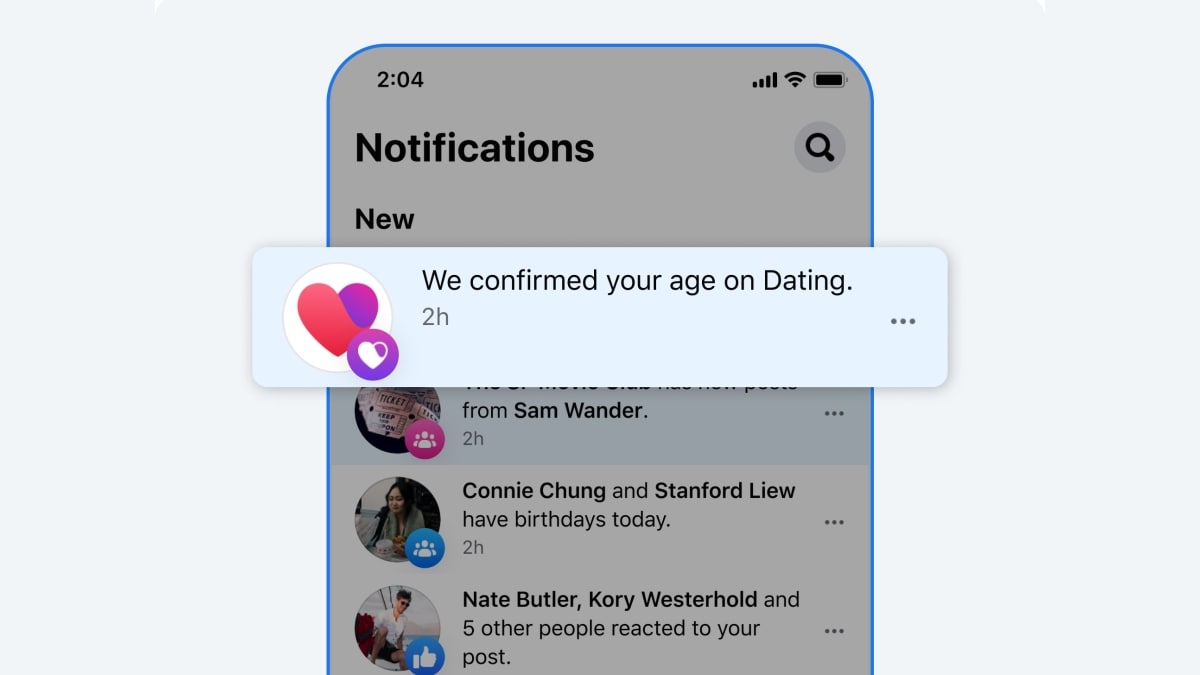 Meta announced in a blog post that it would start prompting users on Facebook Dating to verify that they’re over 18 if the platform suspects a user is underage.

Users can then verify their age by sharing a selfie video that Facebook shares with a third-party business or by uploading a copy of their ID. According to Meta, the company, Yoti, uses facial cues to determine a user’s age without identifying them.

Meta says the new age verification systems will help stop children from accessing features meant for adults. It doesn’t appear that there are any requirements for adults to verify their age on Facebook Dating.

The US social media giant has used Yoti for other age verification purposes, including vetting Instagram users who attempt to change their birthdate to make them 18 or older.

However, according to a report by The Verge, the system isn’t equally accurate for all people: Yoti’s data shows that its accuracy is worse for “female” faces and people with darker complexions.

Last year, Instagram announced that it had started prompting users to fill in their birthday details. The prompts could initially be dismissed but the social media giant eventually made it compulsory for users who wanted to continue using Instagram. The prompts were designed to ascertain how old users were on Instagram and prevent content that isn’t suitable for young people to appear on their feed. At the time, Instagram had stated that the information is necessary for new features it was developing to protect young people.